Lifeline 2019 - The Greater Power of God

Michael walked into Sunset with his friend Travis to start school in August of 2011. The journey to Lubbock was not a straight one for Mike. His story is one that reflects the amazing power of God to work and to move to bring all people into the saving grace of Jesus Christ. Mike Bingham grew up in typical suburban life. He got into trouble from time to time, but overall, he thought he was a good guy. Early in his teen years, however, Mike got into using drugs and slowly began to care about only himself more and more. After checking in and out of clinics, he eventually was given over to a lifestyle centered only around pleasing himself. Using people and stealing from those who were close to him became a means to pleasing himself on his own terms. 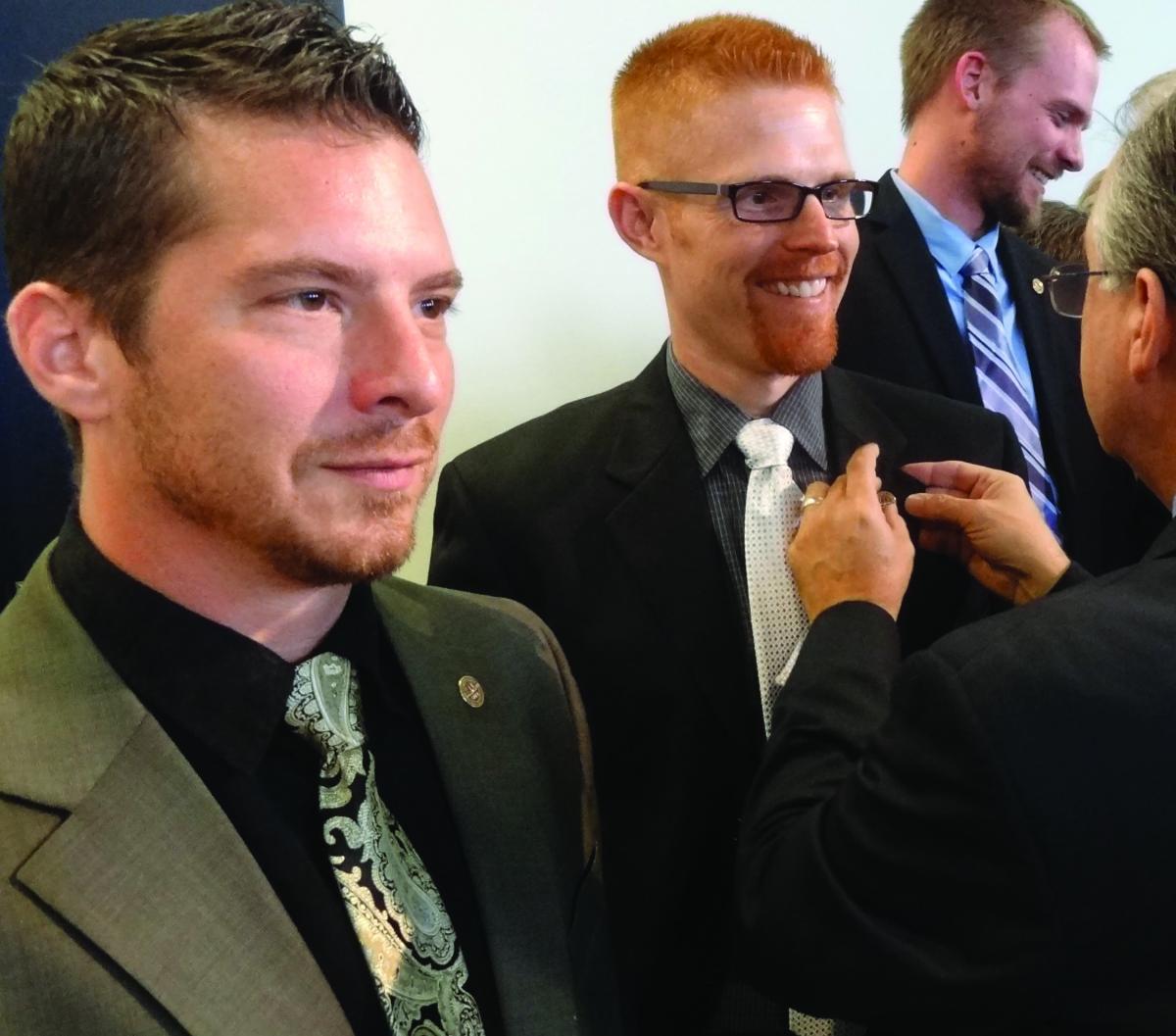 This lifestyle inevitably led to his imprisonment in 1992 at the age of 20. Though he knew that there was a God, he wanted God to serve Mike instead of Mike serving God. His philosophy of a self-centered life continued in prison, leading him to involvement with gangs and an eventual indictment for capital murder while in prison.

In 2007, after an extended time in administrative segregation, alone with himself and what his heart thought it wanted —his own self-centeredness. Mike finally saw that he needed to surrender his life. God began to reveal Himself to Mike as Mike slowly surrendered more and more of his life over to God. Eventually, Mike requested to be baptized. He met with a man who took a handcuffed Mike down into the waters so his sins could be washed away. It was the only time he had met with the man. Mike came out of the water with physical handcuffs still in place, but with freedom in his soul.

After his release in February 2010, Mike became friends with Travis Sayen, who was involved with the Woodland West Church of Christ in Arlington, Texas. Travis was interested in coming to Sunset because he wanted to do more for the Kingdom of God. With only 6 months of freedom from prison, Mike came with Travis to Sunset to see if it would be something in which he was interested. During their visit, they attended Ed Wharton’s Galatians class. He didn’t think Sunset was for him, but in his meeting with Truitt Adair and Charles Speer, he learned that the man who baptized him was Gil Peters (‘69). It was then that Mike learned that Gil was a graduate of Sunset. Mike, who had been seeking God’s guidance in this decision, saw this as significant.

God used Sunset to refine and remake Mike into a man intent on service to Him. Mike was impacted by the faculty's sincerity in handling the Word of God from the faculty. “It was a safe place to be wrong, challenge beliefs, make mistakes, and learn to move forward.”

While a student, Mike visited my house to congratulate my son who had just been baptized. I remember the sincerity and the hope in his eyes as he stepped into this new place of being able to speak good into the lives of a younger generation. Without details or scare tactics, he gently encouraged my sons to not go where he had been. On a campaign during his time as a student, Mike met his future wife, Mayra, whom he married in 2014. “I didn’t simply gain a wife, I gained two incredible daughters as well. God used Sunset to give me a family that is the second greatest gift that He’s given me next to my salvation. Through my family, God is developing in me a greater appreciation for His love for us, my ability to love them, and touching parts of me that even after being saved I didn’t realize existed.”

Mike shared what he believes Sunset did to prepare him for ministry.

I believe that one of the wonderful aspects of any ministry is to help equip people to become the men and women who God created them to be. In this regard, the ministry dynamic of SIBI was effective in further shaping me and equipping me to continue to grow and develop the work of Christ in and through me. Having said that, God is continuing to use Sunset in my life because I am currently working my way through the graduate program under Kerry Williams. Sunset did, and still is, helping me to learn to dig into God’s Word and convey it to others for the purposes of teaching, reproof, correction, and training in righteousness. It is where I developed some invaluable relationships that have been a source of advice and encouragement, not only in the arena of ministry but in life as well.

Mike is currently the youth minister for the church that supported him through Sunset, Woodland West Church of Christ in Arlington, Texas. He hopes to have some involvement in prison ministry as well. Our God is an awesome God, and though we know in our head that He can change lives, it is always a blessing to see a life changed for His glory.