The news from European churches for the past couple of decades has been about the decline of interest in the Gospel due to the post-modern culture that dominates most of the continent. Churches were struggling or dying, but God has brought new life to the continent in one of the most unusual ways, through the Middle Eastern refugees who have arrived over the past few years. Many churches that have hungered for new life have found these immigrants to be very open to the Gospel message and some have responded in numbers that many never would have predicted. 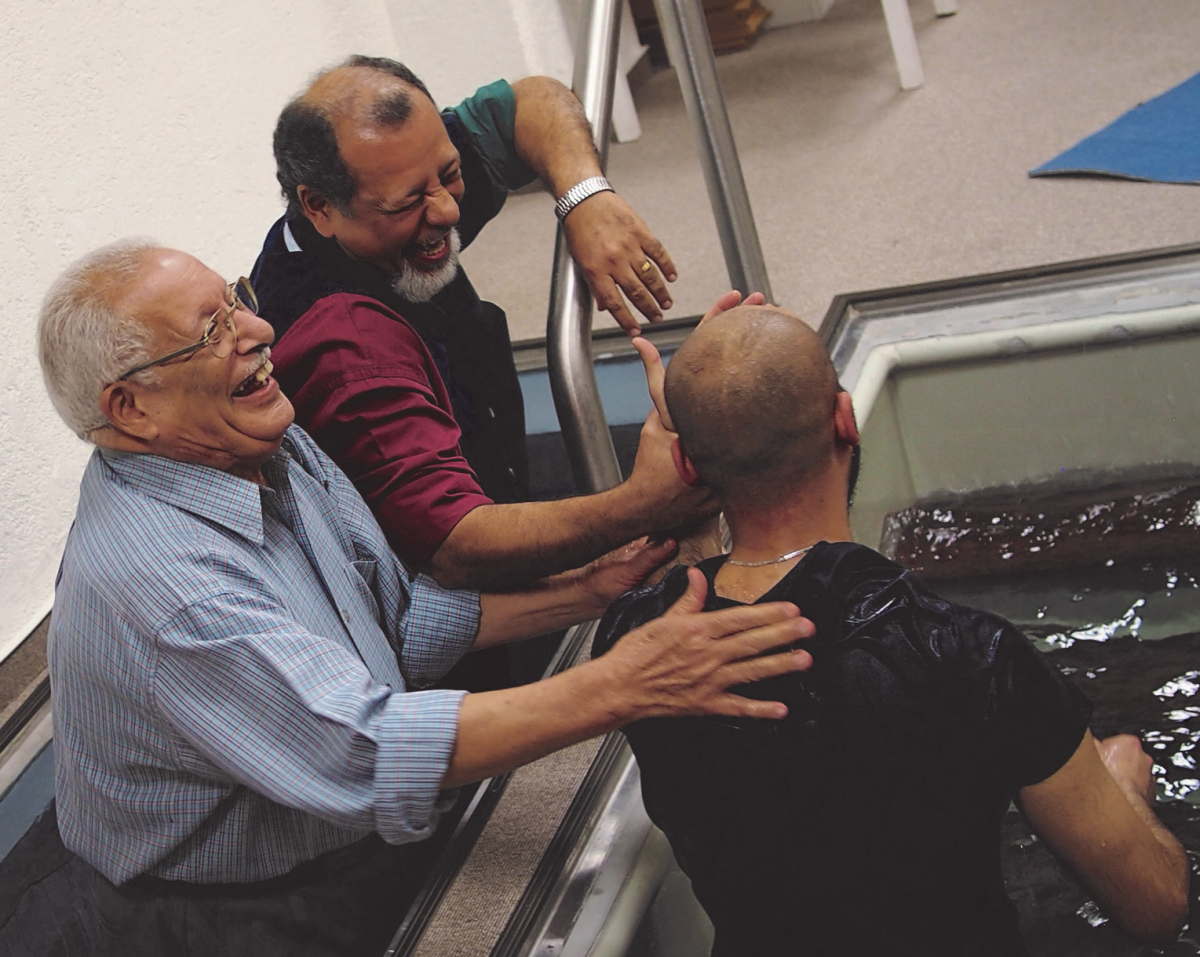 Samuel comes from a Christian church in Egypt. Samuel went all over Bremen in his search for truth and became familiar with several different Christian groups. He came to visit the church of Christ, The Athens International Bible  Institute, Greece enjoyed the teaching and became acquainted with the members. One day he asked Rüdiger Renken to mentor him and teach him. Rüdiger spent some time with Samuel and invited him to attend the upcoming Arabic week sponsored by the Bremen congregation and conducted by Francis and Alfred Habashy. It is easier to talk about deeper spiritual things in your mother tongue, so in visiting with Francis and Alfred, Samuel understood the full gospel and that he needed to be baptized. Samuel was convinced, and he wanted his friends from other Christian groups to witness the beginning of his new life in Christ. It was a surprise for the congregation in Bremen as that Sunday evening the building was filled to capacity with standing room only. It was such a great opportunity to preach the biblical way of salvation in different languages to all these different people.

The Via Egnatia was a road constructed by the Romans in the 2nd century. It crossed through Illyricum, Macedonia, Philippi and on into what today is Europe. Today, modern Greece is still a roadway for many refugees and immigrants fleeing the Middle East. Recently, enrollment began for the first term of 2019 at the Athens International Bible Institute, and anxious students submitted their applications. At about the same time, Dino Roussos called Beni Leka, the director of the school, and asked about sending a new student to the school. Dino added, “this man has a unique background” and went on to explain. This man once served as a General in the Iranian army. For security reasons, we cannot share his name or other details, but we praise the Lord for leading this man to Dino and other Christians where he could hear and learn the gospel. Now he sincerely wants to deepen his knowledge of the Word and equip himself to serve the Body of Christ.

In Vienna, Austria, Gerhard Krassnig organized Christians to help provide meals, simple household items and German lessons for the Farsi-speaking immigrants, and the Lord opened doors and hearts. In 2018 over 120 immigrants from across Austria came to know the saving grace of God and were immersed.  The first converts quickly told others about the hope and peace they found in Christ, and soon entire families were responding. Today, the Farsi-speaking Christians conduct worship services and study together. Sunset recently signed an agreement with Gerhard to launch a new school and provide quality Bible training to the new converts and future leaders in Austria. Our God is an amazing God and His light will always shine, perhaps even brightest, in the darkness of adversity and suffering.