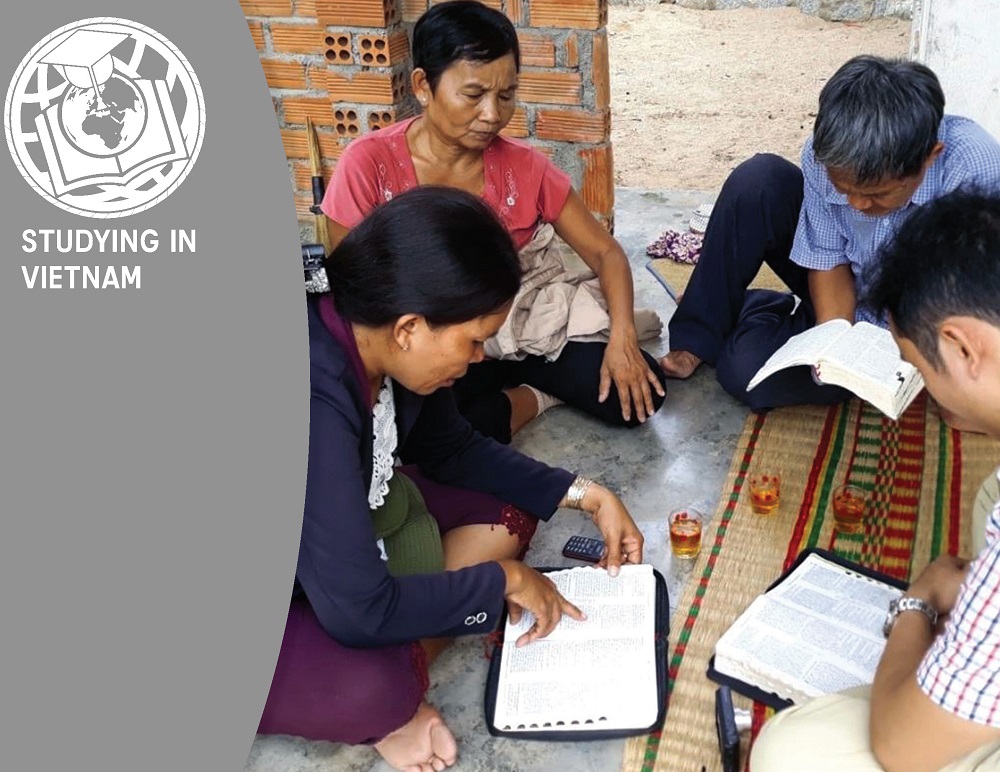 Tran Hang An is a third-generation minister/evangelist working in the nation of Vietnam. It was during the Vietnam war that his grandfather gathered the faithful in hopes of getting everyone to safety.
But before the helicopters could arrive for their rescue, Saigon fell and they were left to fend for themselves during the onslaught of war. During that time those few continued to plant churches and minister as best they could in that war-torn country. Following in his father’s footsteps, Hang An’s father walked a circuit of some 300 km weekly to teach, evangelize, and minister to the lost and Christians living along the way. At his side, the young Hang An would travel with his father, listen to the message being shared, and would soon become a part of the team that would preach, teach and evangelizes much of the southern half of the country.

Today Hang An continues to spend a great amount of time on the backroads of his homeland, preaching and teaching along the same highways and byways traveled by his father and grandfather before him. His training at Sunset International Bible Institute-Singapore gave him the skills and added enthusiasm to carry on the family commitment to saving souls for Christ. Hang An’s commitment to the spreading of the Gospel has him preparing for the days in the not too distant future when he can be a trainer himself, gathering church leaders and other preachers for ongoing training in Bible and ministry. Now Hang An travels the same roads with other young men and women hungry for the Word and a relationship with Christ. It is in the small gatherings like this one shown, where the foundations of the church in Vietnam become focused on scripture and the saving work of Christ. These small studies become the heart of evangelism in this communist nation, where the love and commitment of one grandfather continue to speak into the lives of many as Hang An and other SIBI graduates add their voice to the growing numbers of those being saved in Vietnam and other countries of SE Asia.