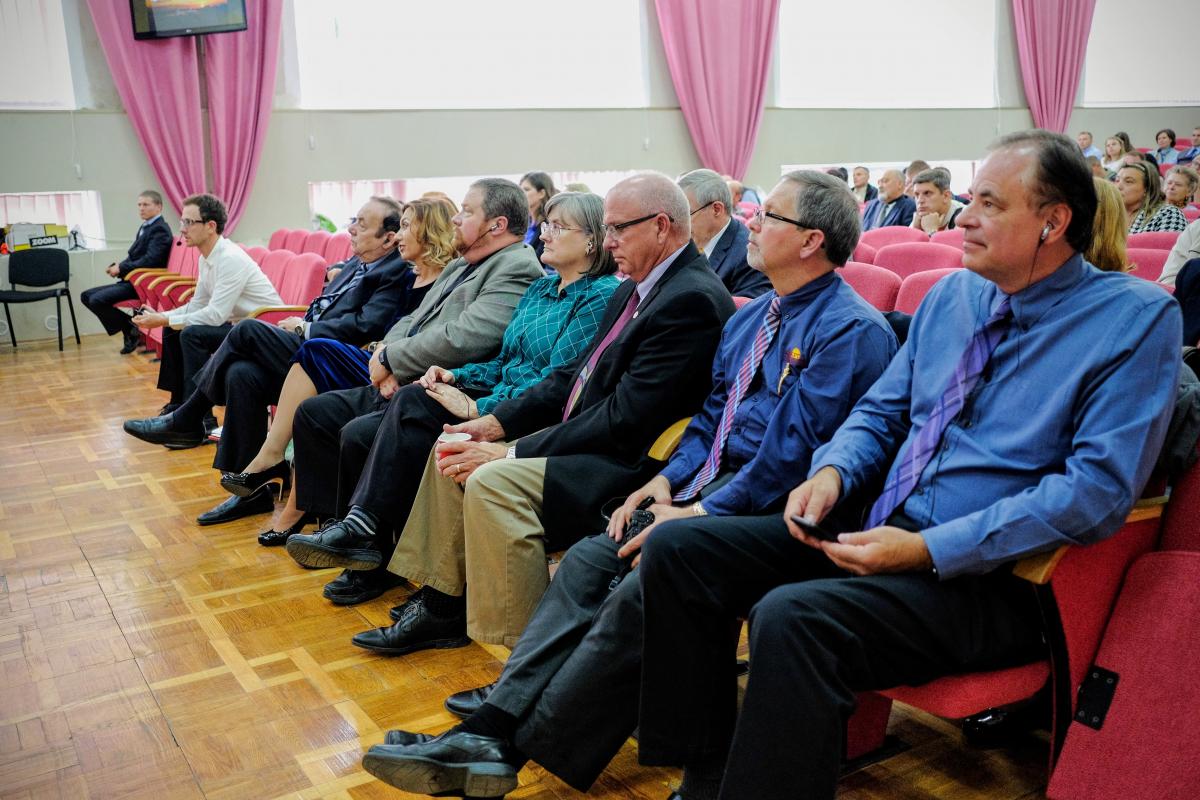 Twenty years have passed since Sunset International Bible Institute was invited to partner with others to meet the urgent need for quality ministry training and Bible study in the former Soviet nation of Ukraine.  The fall of the Berlin wall was monumental and ushered in a new era of openness and freedom for the satellite nations of the U.S.S.R.   Many nations began to declare their independence from Russia and the desire for freedom.   In the west, Christians realized that a door had opened and many new opportunities lie ahead.  The gospel message, once forbidden in the Soviet Union, touched the hearts of the Ukrainian people and the response was an unexpected surprise as hundreds came to know Jesus Christ as their savior.

At UBI, every student is given the knowledge and opportunity to develop their personal gifts and talents. While preparing Christians to share the message of God’s grace is the primary focus of UBI, the students are also made aware of the need to address a broken and suffering world.   Students follow the example of the faculty and staff as they assist through acts of kindness at hospitals, orphanages, youth shelters and rehab centers all in the name of Christ.

Over 150 guests gathered in Kiev, Ukraine to celebrate the 20th Anniversary of the Ukrainian Bible Institute.  Former instructors and staff were joined by several dignitaries and alumni in sharing their stories of what God has done through UBI the past 20 years.  Virtually every corner of Ukraine has been touched by the positive influence of UBI and its graduates.  Today more than 100 congregations of the Lord’s body exist in Ukraine and literally thousands have responded as graduates continue to proclaim the good news.

Pictured on the front row, (from left to right) are the President of UBI, Jay Don Rogers, Natasha Maluga, Chris Swinford, Marge Reeves, Doug Reeves and Tim Burow.   Today there are over 100 congregations in Ukraine directly as a result of those who have served to teach the word of God, plant congregations, and prepare Ukrainians for service in the Kingdom.  We look forward with anticipation to the next 20 years.

<Previous          Next>
News
A Queen’s Request
Mission Heroes & Solar Players
July 2020 Maria in El Savador
Solar Update: Preaching the Gospel During a Global Pandemic
May 2020 Partner School Gets A Building