There's a Famine in Our Land

“Behold, days are coming,” declares the Lord GOD, “When I will send a famine on the land, not a famine for bread or a thirst for water, but rather for hearing the words of the LORD.“ Amos 8:11 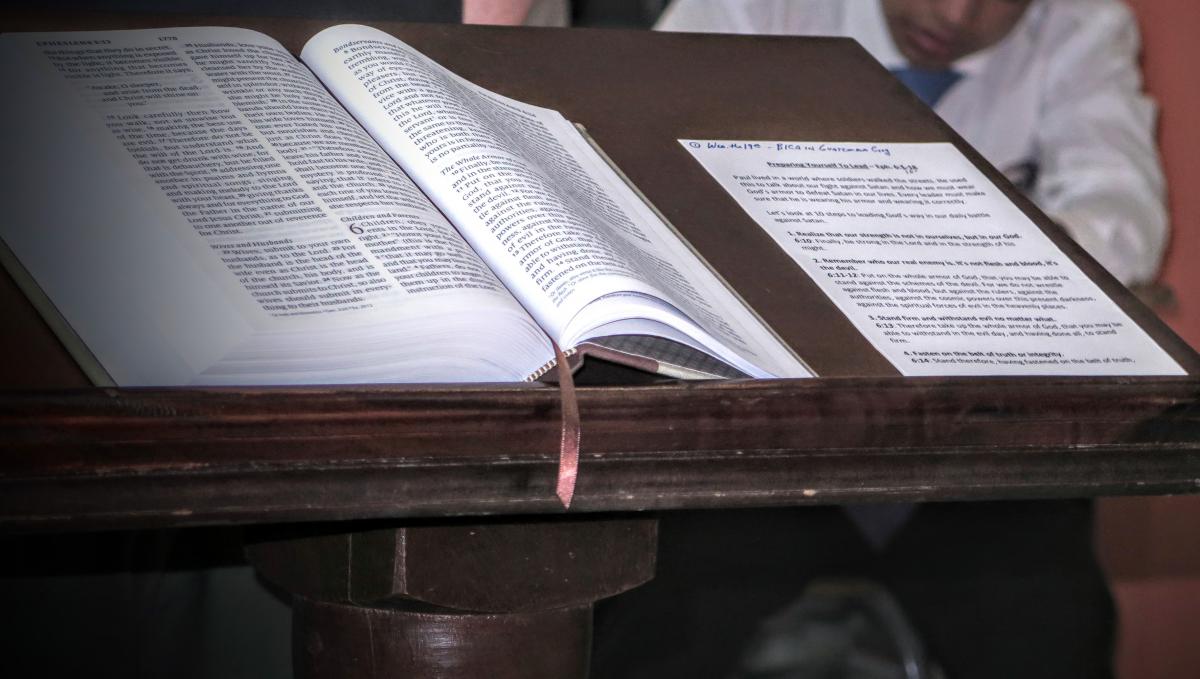 The prophet Amos predicted a famine in the land of Israel. They had known famine before, but this would be a different kind of famine. They would have food and water, but the word of God would become very rare. The problem was that spokesmen for God were in short supply, and the few that remained were preaching error. God’s people were starving for a true message from God and had grown accustomed to hearing error. Israel would not wake up to their dire circumstances until it was too late. They were literally dying from a lack of preachers.

You may wonder what that Old Testament reference has to do with the church of Christ here in America. Maybe nothing, or perhaps it could serve as a wake-up call before we reach a crisis point. After all, the famine in Israel didn’t happen instantly. The problem Amos announced had been developing for years. Alarms had been sounded in the past, but sadly, they had been ignored. I am announcing here that if we do not already have a crisis-level shortage of gospel preachers in our brotherhood, we may well be on the way to one.

In the last two or three weeks, I have received calls from a dozen good congregations who are looking for preachers. Several of them have been looking for months and some for over a year. They are all looking for the same guy. They want someone who is sound in doctrine, a dynamic speaker, good with people, works well with congregational leadership, has a good marriage and family, and is old enough to be mature but young enough to attract youth. Unfortunately, there is not enough of that guy to go around. We have said for years that 25% of our congregations are without a trained gospel preacher. I suspect that percentage is much larger today because, for a number of years, our brotherhood preacher training schools and colleges have been enrolling smaller numbers of men who plan to preach.

Our schools can train gospel preachers, and many of them are doing a very commendable job of equipping those who enroll. The problem is that future preachers are produced, not in the schools, but rather in homes and churches. Not enough mothers and fathers are encouraging their sons to become preachers. Often they are discouraging it, knowing the sacrifices that might be involved. Churches have become consumers of preachers rather than producers of preachers. Where are the ministers who will shoulder-tap the best and brightest in their congregation and encourage them to seek training? Where are the elders who will mentor a young man, send him to a preaching school with their financial support, and then bring him back to be a minister or intern in their congregation? Are there still some godly sisters, who teach our children’s classes, who will whisper in the ear of promising young men, “You need to be a preacher”?

We are committed to doing what we can to “entrust the Gospel to faithful men who will be able to teach others.” We will pray, recruit, encourage, equip and train, but we depend on a brotherhood that is hungry for more good preachers to send us their best. The future famine can be avoided, but it will require Kingdom-minded leaders working together to prevent a crisis and produce “whole preachers who will preach the whole Gospel to the whole world, wholly to please God.”