The Distinctive Nature of a Gospel Preacher 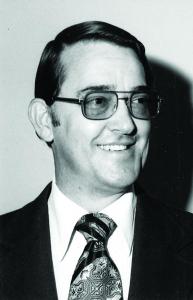 “Christianity, far from being a philosophy or merely some ethical system, is pre-eminently a redemptive system. It is belief in Christ as the son of God who will redeem us from sin and raise us from the dead to an eternal judgement.”

Whether you are or have been a student in the classroom or in a Bible class on historical Christian evidences, you have heard Ed Wharton make this statement. You have probably memorized his chart and had to give at least part of it back on the final test. Ed is well known in the brotherhood for his teachings/writings, including Scheme of Redemption, Church of Christ, God Among the Nations and Christ and the Church. Ed’s love for teaching didn’t start in the Sunset classroom. It began many years ago at the knee of his beloved mother.

Ed Wharton was born in 1931 in Tulsa, Oklahoma, but was raised all over Central and East Texas. He grew up in the church and was taught by his beloved and faithful mother. “Every time the doors were open, we were there.” In the churches they attended, there was good Gospel preaching. Ed believes he became a gospel preacher for that reason. The Wharton family lived in Texarkana when Ed was 12 years old. A group of his peers were baptized one Sunday morning, but he did not go with them. He waited until the following Sunday to be baptized. “I really didn’t know what I was doing. I didn’t know the real truth about being saved. I just didn’t understand.”

“Many years later, I was preaching at the 37th Street Church of Christ in Snyder. I was preaching about the saving grace and salvation of the Lord Jesus Christ. How He saves us, His plan of redemption, and being justified in the Lord. I had one person come forward to be baptized after the sermon. That person was me. I realized I had never understood how to become a Christian until that night. And I was baptized for the salvation that Christ promised. What a marvelous night. I remember it just as if it were yesterday,” Ed said.

Ed attended Abilene Christian University and graduated with a bachelor of science. After graduation Ed began his preaching career. He and Martha met in Dallas where she was working for Southern Methodist University. They dated for a bit. Both were Christians and had a faithful love for the Lord which drew them together. They knew they were “right” for each other. They married and remained in the Dallas area. They have two daughters with wonderful Christian families (seven grandchildren and five great-grandchildren).

You might wonder how a man born in Oklahoma, raised in Central/East Texas, and working in Dallas ended up in Lubbock at Sunset. It all began one day with a man named Bill Hatcher. Ed was preaching at the Broadway congregation in Garland. He had been developing and teaching several intense Bible study classes. His love for God’s Word and sharing it was taking hold in the Broadway congregation. Hardy Hatcher was an elder at Broadway. His son Bill was a member there and had been a missionary with Cline Paden in Italy. One day, Cline showed up to visit his old friend, Bill. Cline came looking for support for a new school called The Latin American Bible School housed at Lubbock Christian College. It was a new school struggling for support to train Spanish-speaking men. Cline had persuaded Byrl Brockman, a Spanish-speaking missionary, to join him as the school’s first faculty member.

Cline and Bill visited that day. Bill recommended Cline invite this young preacher named Ed Wharton to come to the school. Bill was really impressed with Ed’s intense studies of the Word and thought Cline needed Ed for three weeks. Ed came to Lubbock and taught Minor Prophets and Scheme of Redemption. During that time, Ed was focusing on the needs of this new school. He met with Cline and said, “These men need classroom discipline, a faculty and a curriculum.” Cline listened in the usual Paden fashion, and then said, “So, when are you moving to Lubbock?” During those three weeks, Cline convinced Ed to become part of the school. He told Ed there was a need to train men who were not Spanish speaking. Cline had already been receiving phone calls from men wanting to come. Ed agreed by saying, “Who will we get as teachers?” Ed and Martha moved to Lubbock.

Labor Day, September 1963, the school moved off of the Lubbock Christian College campus and into the Sunset Church of Christ building. There was a committee of brethren who were very interested in the school. That group of men decided the school needed a name change especially since English-speaking men were going to attend too. The Latin American Bible School became the Sunset School of Preaching within three weeks of moving into the church facility. That name stayed with the school until 1995 when it became known as Sunset International Bible Institute. Others who joined the faculty in the infancy of the school were Bill Hatcher and Richard Rogers. Both men were known by Ed Wharton during his ministry in the Dallas area.

In 1965 Ed and Martha moved to Denver and began the Denver School of Preaching. Three years later they moved back to Lubbock and joined the Sunset faculty once again. When typewriters were the manual kind and you had to either throw away your work or use white out when you made a mistake, Ed began writing his books. “I was really uptown when I bought my first Selectric typewriter.” He has enjoyed writing and will continue to write as time allows. 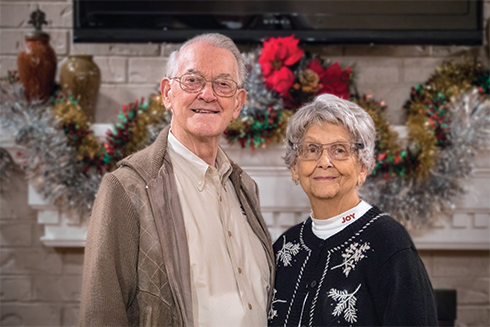 Ed and Martha have travelled extensively during the last 53 years. Along with his teaching in the school, Ed has preached in almost all 50 states (except Rhode Island), and in 30-35 foreign nations. He has made 31 trips into Poland, both while it was a Communist country and after it became a free country. Ed recently travelled back to Poland for his 31st trip. On his first visit into the country, he met the one Christian man there. Ed and Brother Smith introduced the Restoration Movement and taught God’s Word to anyone who would come. During Ed’s third or fourth visit, he and this brother were arrested for preaching the Word and “they made sure I left the country.” Forty seven years ago, Ed met Mike Dawidow from Poland. He and Mike became very close and preached together for many years on Ed’s return. Ed made the last trip to see Mike in 2015, when Mike gained his heavenly reward and saw his God sitting on the throne. Ed preached Mike’s funeral and said goodbye to a faithful preacher of the Word. There are still Christians there, but like everywhere, a new generation has come. Ed went for three weeks in June and again “preached the Word.”

Even though Ed has officially taught his last class in the Residential School, he is teaching in the Senior AIM classroom. He continues to teach Bible class on Sunday morning and preaches some for local congregations. It is fitting that his last class taught was The Distinctive Nature of the Church, one of his classes well known around the world. He went to Poland in June and preached three Sundays.

The words Sunset School of Preaching/Sunset International Bible Institute and Ed Wharton are thought of in the same sentence. You cannot talk about one without the other. Visit many congregations around the world and let brethren know you are from Sunset and they will ask, “Do you know Ed Wharton? He is the reason I became a preacher.” Ed said one of his greatest joys is to see those on the Sunset staff whom he taught. They are faithful teachers of the Word. He said as a reminder to them, “We must keep maintaining the fundamental teachings of the Faith in order for preaching the Christian lifestyle to become effective.”

Ed, because of you the Sunset Church of Christ and the Sunset International Bible Institute have been blessed. You have helped keep us true servants by your faithfulness, your loyalty to the one true God, your diligence to “preach the Word,” and your training men and women to serve Him. You have a special place in our hearts, and we are forever grateful having known and worked alongside you for His cause. God Bless.