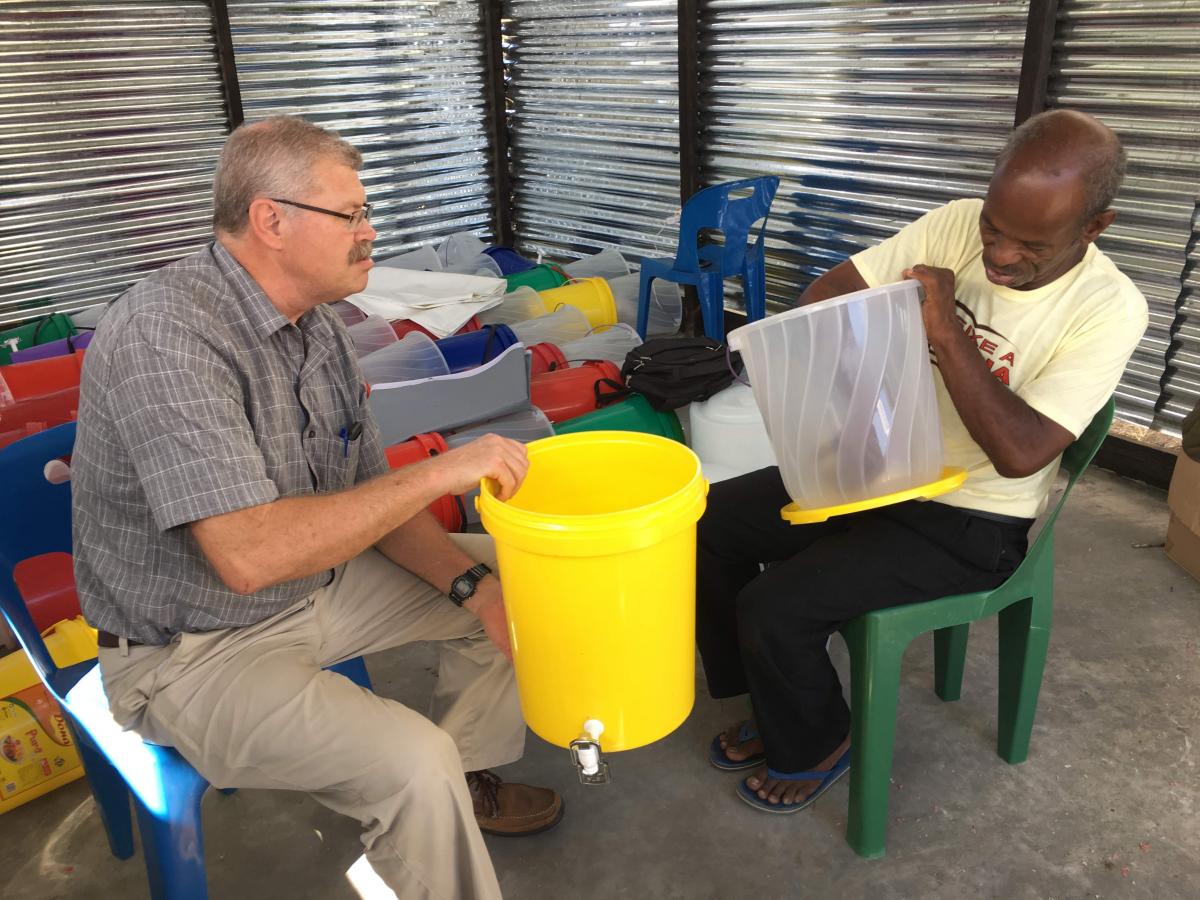 March 2019 witnessed a powerful cyclone that struck Mozambique, Zimbabwe and Malawi.  The city of Beira was in the direct path of the storm and suffered immensely from the high winds and flooding.  As word spread on Facebook and social media many Christians responded and Sunset immediately established a cyclone relief fund.  Several congregations in Brazil have been involved with mission trips and supporting ministries in Mozambique and they also wanted to assist their brothers and sisters in this time of need.

By early May the first wave of relief was on its way.  Tim Brumfield and Gary Simpson traveled from the United States and met up with Luiz Pereira in Mozambique.  Working with Christians in Zimbabwe, the funds donated to Sunset and churches in Brazil were used to purchase plastic buckets, filter elements and fittings to make water filters that would provide clean drinking water.  Also staple food products such as rice, beans, cooking oil, soap and cleaning products were purchased and distributed.  A second distribution of aide was organized in October of 2019 when Sunset learned that a large portion of that region was suffering from drought.  In all, over 700 families, or approximately 3,600 people were helped and several church buildings were repaired due to the generosity of Christians in America and Brazil.  Most importantly, many people in Mozambique, Zimbabwe and Malawi witnessed the love of Christ in action.