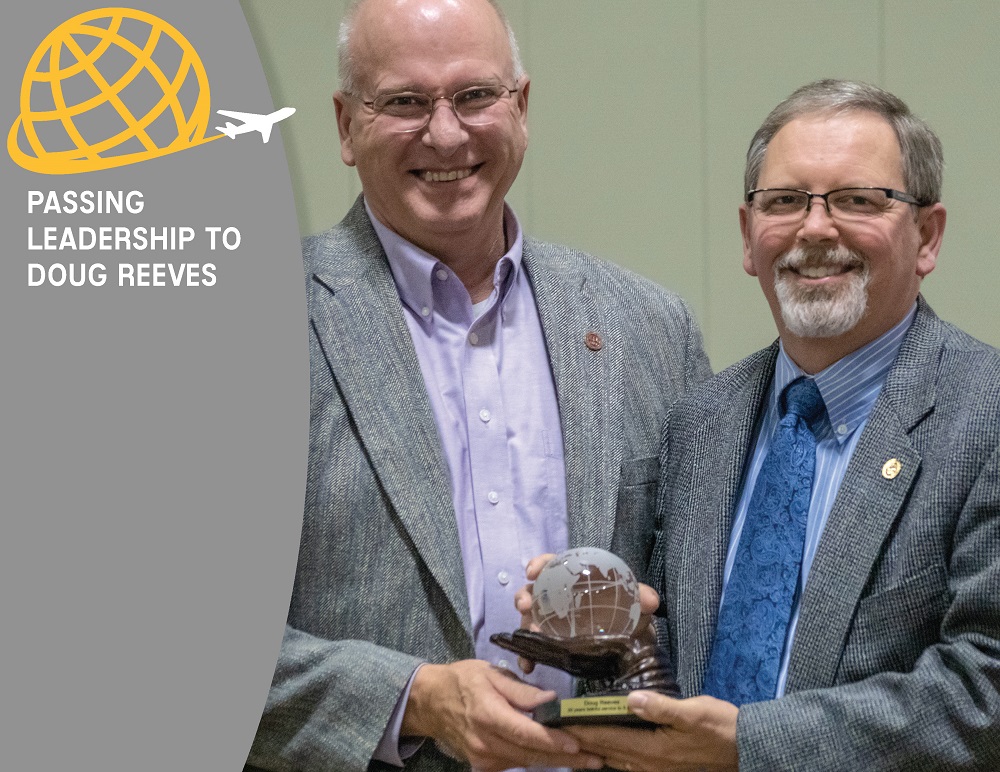 Doug and Marge Reeves were part of the 53rd class of Sunset and graduated in 1990. His first preaching work was in Rotan, Texas, where they loved the community, schools and people. Doug was invited by the Westgate Church of Christ in Abilene to serve with them in 1992. They moved there in June and fell in love with the church family in Abilene and grew with them. In 1997, Truman Scott invited Doug and Marge to leave the ministry work they were doing in Abilene and to relocate to Donetsk, Ukraine, to help launch an international ministry school. Doug and Marge lived in Donetsk from 1997 until 2001 and witnessed the school growing from a handful of students to a peak enrollment of nearly 70 students. During their time, they relocated the school three times to accommodate the growing enrollment. The highlight of their accomplishments in Ukraine would be the registration of the school in 2000. The Ukrainian Bible Institute is the only brotherhood organization to receive national registration with the Ukrainian Department of Religion.

Doug says, “It will be very difficult to follow Tim. He has made great advances in the communications and organization of the International Division. I plan to retain the qualities that have made Sunset the premier ministry training program in our brotherhood, and at the same time seek out and utilize new technology to enhance current training programs and expand to meet new opportunities.” Returning from Ukraine in 2001, they moved to Lubbock where Doug used his experience in launching and directing schools to help set up

many of the international Sunset campuses. He has visited over 30 countries to help launch new ministry training programs in places like Brazil, Cuba, Korea, Cambodia, Zambia, Botswana, Albania and Romania. Doug also teaches in the missions program at Sunset. The Lord provided the opportunity for him to deliver solar players most recently to Puerto Rico and in Europe to Muslim refugees in Greece, Germany and Austria. Doug has also delivered solar players to Zimbabwe, Nigeria and Malawi.

Doug and Marge celebrated their 45th wedding anniversary this year and enjoy spending time with their two married children and seven grandchildren. Marge works in the External Studies department at Sunset. Doug enjoys preaching, teaching and visiting new congregations. He rotates with other of the Sunset faculty preaching at the Broadview congregation in New Mexico and is involved in teaching Bible class locally.